Don't you just adore a Pinot Noir? I do, and am currently on a most enjoyable quest to decide which one I like the very most.


Pinot noir is a red wine grape variety of the species Vitis vinifera. The name is derived from the French words for pine and black; the pine alluding to the grape variety having tightly clustered, pine cone-shaped bunches of fruit.
Pinot noir grapes are grown around the world, mostly in the cooler regions, but the grape is chiefly associated with the Burgundy region of France. Other regions that have gained a reputation for Pinot noir include the Willamette Valley of Oregon, the Carneros, Central Coast and Russian River AVAs of California. Talking of Russian River Valley, I am soon to be talking about and reviewing in more depth John Jacaman Wines. Since the first vintage in 2002, J Jacaman Wines has produced premium Russian River Valley Pinot Noirs.

They produce a high-quality wine that anyone on any budget could drink any day, the wines are extremely exclusive – limited quantities are available for courier delivery exclusively in the United Kingdom. J Jacaman.com 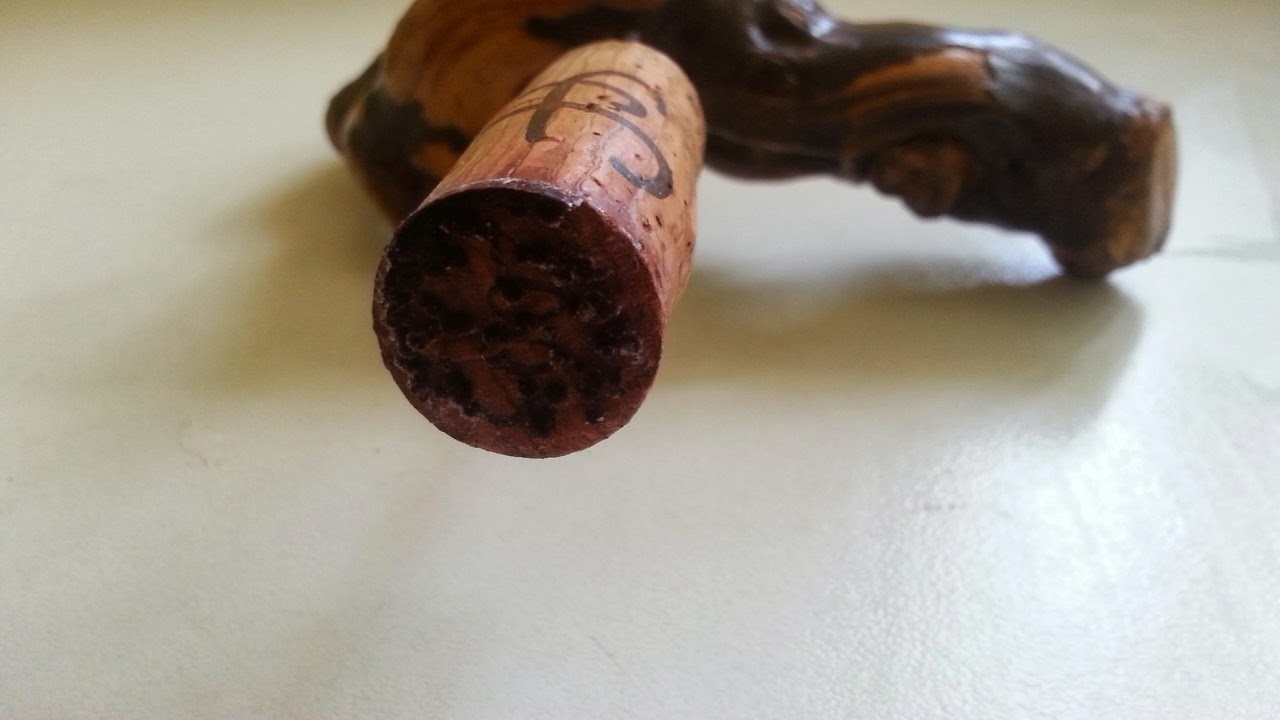 Also Co Operative's Trapiche Pinot Noir 2010 from Argentina, bit lighter and of a higher 'note' still lovely to share over supper with some warm bread and mature cheese.

How time flies, just wanted to talk a bit about Fair Trade - whenever I hear the words I immediately think of The Co-Operative but other major markets and retailers also offer FairTrade, namely Sainsburys for one. I thought it my mission to taste wine from both these supermarkets and give you the low down. 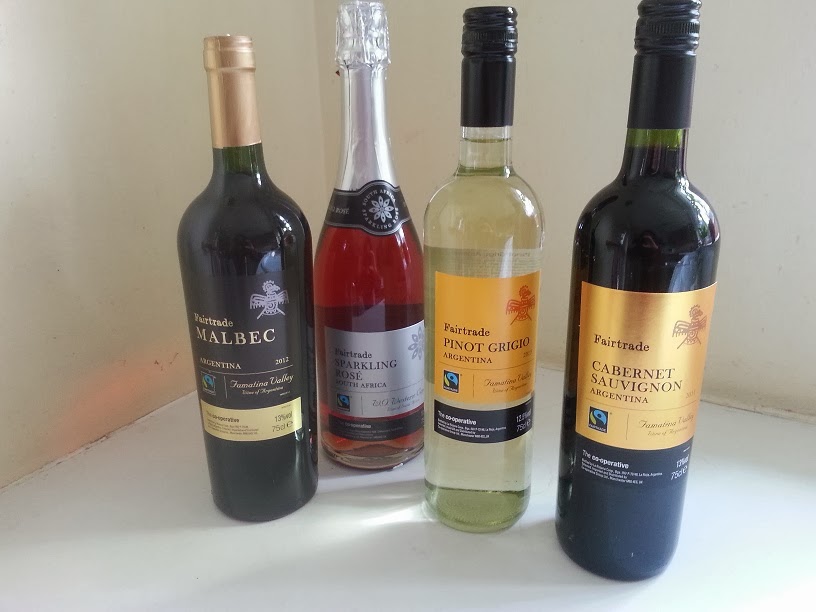 Not being an avid lover of white wines in general, preferring to focus my attentions on red only because I usually like them better and remember there's only a certain amount of hours in the day one can spend on this particular pastime/job/vocation - BUT, having said that - The Co-Operative's Fairtrade Pinot Grigio was indeed excellent. Couldn't fault it. Fresh, hints of citrus, splash of vanilla, soft on the tongue, totally delicious. Served really cold.

The Co-operative Food is celebrating 10 years of  FAIRTRADE Mark wines this year, and, to mark the occasion, the retailer is encouraging shoppers to take the “Fairtrade Wine Challenge” by trying one of the wines from its delicious, market-leading Fairtrade wine range.

The good news is that the quality of Fairtrade wines in general has improved massively over the years, and I think they are now at the point where they represent excellent quality and value for money in their own right. 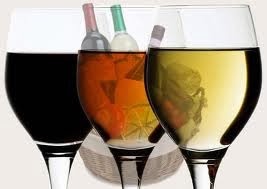 Taste the Difference Fairtrade Cabernet Merlot from Sainsburys was beautifully rounded and mellow, quite robust and a very enjoyable experience. Plummy on the palate and tasting ripe and fruity, it made for a most relaxing evening. Coupled with a few choice bix and some mature, hard cheese, it reminded me of why I do what I do.

The other Fairtrade offerings from The Co-Operative were just as good. In fact I rejoiced over the Argentinian Cabernet Sauvigon on one of my Saturday Night Best Smooth Jazz Reviews

Thanks Asda for supplying me with Black Tower's Pink and Bubbly! Who would've believed it? I thought Black Tower - that fine upstanding icon of the 80's from Germany - was long forgotten and then they go and pop up with a great fun wine. Only 9% which makes it a super choice for parties and celebrations, good price too so you can share with friends and it looks lovely. beautiful bottle design (with bubbles floating up through the pinkness) and it tastes . . . .

. . . .well, actually it tastes like strawberry 'pop' which is lovely. It is effervescent and non subtle. I think ladies will love love love it for Valentine's day and as an accompaniment to the box of chocs (and obligatory bouquet) from their nearest and dearest.

Also from Asda and staying with pink and frothy - Lovely Louvel Fontaine Martel Rose - a fine bubbly to celebrate the loveliness of Valentines Day. I liked it - although I'm not generally a particularly pink and frothy person - and would recommend it as an affordable option. Very cold (almost icey) dry and not sweet. Have I said 'lovely' enough yet?

Valentines Day also merits the wonders of Champagne Monsigny Brut No.3. 'My No.1' which is from Aldi at an excellent price and with an excellent taste. Dry and again, icey, with an aftertaste of lemony zip!


Although 'Red January' is well and truly finished for another year - phew - It doesn't have to be a 'Frothy February' let's move swiftly onto some red. Going all domesticated and trying hard to make authentic Italian dishes, I've tried some really great Italian wines lately. With my homemade ravioli (now there's a time consuming delicacy) I served a brilliant Ricasoli Rocca Guicciarda Riserva Chiant Classico DOCG 2010 from Sainsburys. Am sure Simply Italian (tweetable @XsimplyitalianX ) make ravioli  much better than I, wonder if they serve Ricasoli Rocca Guicciarda Riserva Chiant Classico though? at room temperature or slightly above . . . mmmmmm

Also the excellent Casa Planeta which I can't get enough of -  definitely recommended - from the Cooperative - well warm rounded and deep yet not too heavy and highly drinkable with pastas and tomato spiced dishes.

Can't recommend highly enough Carmenere. A beautiful grape that's often blended with others - Syrah, Merlot, Malbec - and is pretty good on it's own such as the Cambucha Carmenere, robust and rich with that inky deepness associated with the Carmenere grape. This is indeed Tesco's finest. 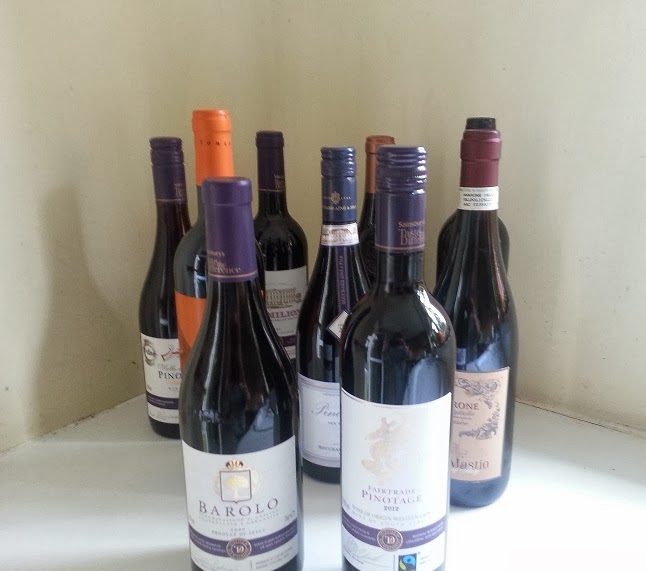 Also love the Monte Real Malbec Shiraz, from Argentina which is a super accompaniment to roasted meats and strong cheeses and my final exultation of this particular foray into reds is Cono Sur Bicicleta Pinot - Chilian and delicious, lighter and more fresh than the others but well worth a mention. With the prices so reasonable - there's no excuse for not treating yourself during the long, dull month that is January. 'Red (Wine) January' I shall call it from now on. Does it for me.
Posted by Unknown at 06:36 No comments:

A warming brew just right if serving outside on a cold winter's evening - 'tis the season of wassailing after all.

I make this recipe every year and we adults usually have a couple of goblets when we get home after the Christingle service on Christmas Eve. (This year my daughter had the responsibility of placing the donkey in the cattle shed during heartening rendition of - yup - 'Little Donkey') 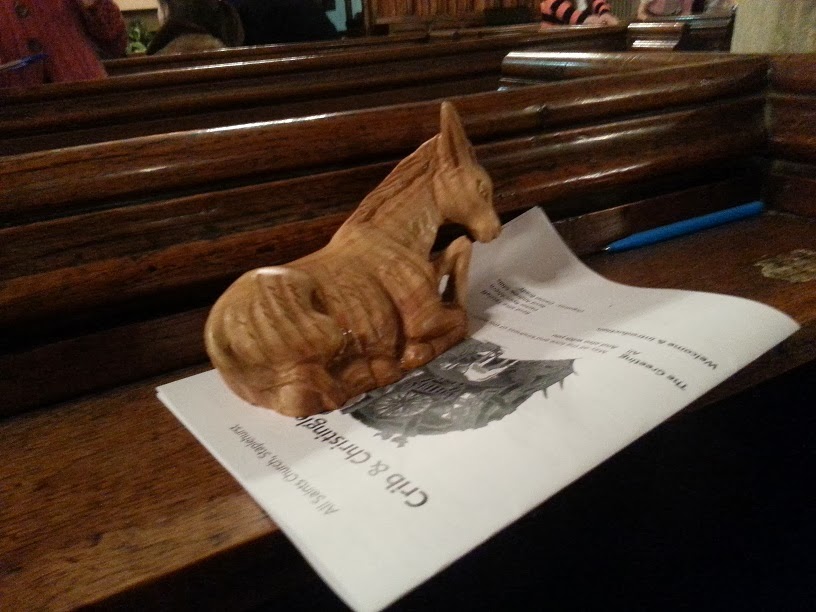 potus ypocras is much more of an experience and less sweet than the modern mulled wines around today and as many of the ingredients for authentic medieval mulled wine are difficult to find I tend to substitute variants, we don't want to make this a chore after all. So cauldrons out, cinnamon sticks at the ready and let us proceed.

Recipe Ingredients:
2 bottles of red wine (around 1.5 litres) French or Spanish (a cabernet is good)
200g natural brown sugar (or 3 tbsp clarified honey)
3 tsp ground cinnamon
3 tsp ground ginger
1/2 tsp ground Spikenard root (a relative of ginseng, mild, pleasant licorice like, leave out if cannot get it but it is available at health food shops and online)
1/4 tsp each of ground, cloves, long pepper (which is an old fashioned Indian pepper, I substitute teeny pinch regular black pepper), nutmeg, marjoram and cardamon
A few ground ‘grains of paradise’, also called ‘guinea grains’, or ‘melegueta pepper’ (forget it - I use ginger)
A few ground dried Cassia Buds (I use cinnamon here as it's a close relative apparently)
a cheesecloth or similar (to strain the wine through)

Grind all the dried spices in a pestle and mortar.
In a large saucepan bring the wine and sugar to a boil to dissolve the sugar (or honey). Then remove from the heat. Pour the sweetened wine into a large, non-metallic bowl, and stir in the ground spices. Allow to cool and sit covered for 48 hours.
After sitting for 48 hours, having deeply infused the wine, the spices will create a thick residue which will have settled to the bottom of the bowl. Using a ladle pass the wine into another container through a strainer or sieve (lined with 2 layers of a clean cloth – a cloth with a fine weave such as a cheese cloth, muslin or similar) to remove the larger ground spices, being careful to leave as much of the spice residue in the pot as possible.
Bottle the clear infused wine in sterilized bottles and seal. To be at its best make it up at least 1 month before serving to mature it. To serve, pour the wine into a saucepan and gently re-warm on a low heat before ladling into glasses. Note: The older it is, the better – however, at a pinch, it can even be made a few nights before and served warm after straining 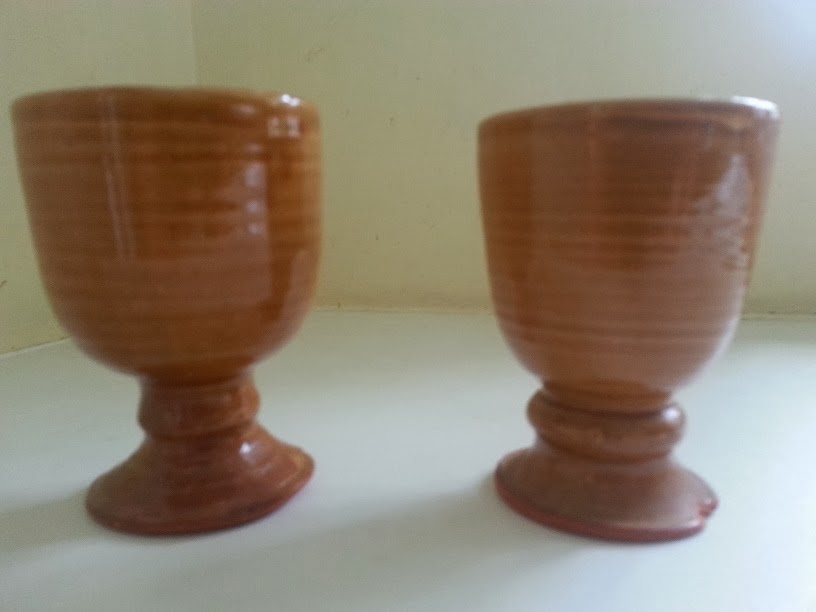 Always to be served in a goblet, always with a cinnamon stick for stirring purposes and always with a smug graciousness when you see the looks of divine delight on your friend's faces as they imbibe.
Posted by Unknown at 04:18 No comments:

At last - the recipe is here to share - mulled wine as it should be enjoyed. Ideally on Christmas Eve after Christingle (or indeed anytime thereafter until March 31st)

Got the right wines, little Malbec, drop of left over (gasp) Merlot. Just checking the quantity of cloves and will be right back . ..
Posted by Unknown at 13:03 No comments: