Following on, I tend to get most of my wines from supermarkets - Co Op being one of the main ones due to being my nearest, plus it also has some amazing deals, particularly after Christmas, clearing stock I expect. Recently found visits to local wine merchants expensive, whatever happened to all the 'special offers' they used to do? or maybe I'm just getting old.

Last night had a super Sicilian Red, (that's it's name as well as it's description) often have this one as it's drinkable, mellow, not too boring but also has some great blackcurrant tones. I would have chosen to have some cheese with it, a good mature cheddar or maybe a danish blue but has am currently off the fattening stuff so there is NONE IN THE HOUSE! In fact had it with a spicy chicken dish and rice but it's definitely a match for pasta (with grated cheese? perhaps a teeny bit of parmesan) and various meats.

Again the grapes are Merlot, plus Nero d'Avola and good old Syrah. At only £3.99, this Sicilian red is fine for most occasions, you know you can't go wrong, it certainly doesn't offend. It says on the blurb that it's a good party wine, I guess the price helps.

Will be featuring this one when reviewing next week on http://BestSmoothJazz.com together with some other Italians. I don't like Chianti as a rule, happy to be persuaded otherwise, maybe it's the Sangiovese grape I don't like but I find it tart and abrasive on the occasions I've ever had it. In my quest for answers though I will be giving it another go. It's a difficult job I know but someone has to do it. Just to let you know I am committed.

How I love my smooth wines by Angie J Walker

Hi I'm Angie Walker and as a broadcast writer and journalist, I'm now specialising in reviewing wines, one of my very favourite things.

Got some new releases coming up soon. Would appreciate any recommendations you may have or maybe you'd like me to feature something you've sampled. Will be presenting some best smooth wine podcasts for download - will keep you updated on how, when and where - and also doing some more super stuff with Rod Lucas discussing the best and sometimes the worst in the latest wines out there on the coolest radio station around bestsmoothjazz.com http://bsj.fm

Love red wine the best but of course will try out the odd white, occasional rose and obviously anything particularly champagney if the mood suits. Let's get started . . . .

Mustang Valley - often drink this great Californian Red. Goes well with most foods, particularly Pasta dishes, Cheeses and a good beef casserole. It's fairly well rounded, mellow but not instantly forgettable and unlike some wines that you just couldn't drink too much of, this one goes down a treat, well into a second bottle (as long as there are at least 2 people present) It's not too rich.

Really is best served at room temperature - sometimes I can be too keen and cooler definitely isn't better.

According to the bottle blurb it has juicy black cherry and vanilla aromas, I just know it tastes great for any occasion, is well affordable at £4.29 a bottle and easily found in my usual supermarket. Can certainly recommend it to anyone who likes a wholesome good red at a sensible price. 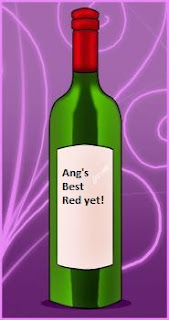